G
AKA:
1989
“
Somewhere under the sea and beyond your imagination is an adventure in fantasy. 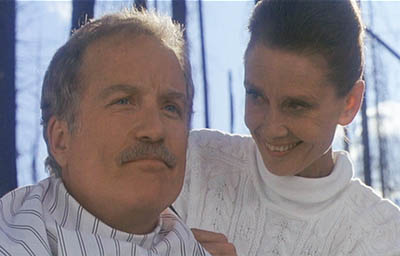 Rewind Archive
This project was born in 1985 when Ron Clements, who was just finishing work on The Great Mouse Detective, was casting around for something new for Disney animation. Hans Christian Andersen's story seemed to him to provide an ideal basis, especially since he was intrigued by the possibilites of animating an underwater setting. After substantial revision of the story to remove it's downbeat ending and to give it a strong villain (the sea witch is unnamed and less prominent in the original), serious development work got under way and in 1986 Howard Ashman and Alan Menken were brought in not only as songwriters but also as co-creaters of the project as a whole.
Thanks to John Edward Kilduff
Ariel was rumored to be modeled after then-teenager Alyssa Milano. Sherri Stoner, who had a co-starring role in "Reform School Girls", was also allegedly the body model for Ariel. There are pictures on the Internet of Stoner in a red one-piece bathing suit posing next to a large cut-out of Ariel so a comparison can be made.
Thanks to John Edward Kilduff
Apparently, according to several TLM webpages, there may have been a 3rd body model for Ariel. Okay, we know for sure Sherri Stoner was the model and it was rumored that Ariel was partially based on Alyssa Milano as well. Well, here's that 3rd name... Christie Brinkley. Yep, the babe who knocked Chevy Chase off his feet in "National Lampoon's Vacation" was also supposedly a model for Ariel. Between Sherri, Alyssa and Christie, I think the folks at Disney were trying to pull off their own version of "Weird Science".
Rewind Archive
To create a distinctive design and fitting color style, the directors looked to various sources for inspiration. Among those were cartoonist Rowland B. Wilson, the renowned children's book illustrator, author Chris Van Allsburg and veteran Disney layout man Ken O'Connor. Also helpful during the planning stages were some evocative pastel drawings by Kay Nielsen unearthed in the Walt Disney Archives.
Rewind Archive
Almost 80 percent of The Little Mermaid required some kind of effects work - according to Mark Dindal, the effects animation supervisor, that figure represented "more effects than probably any film since Fantasia."
Rewind Archive
Ariel was voiced for both speech and song by Jodi Benson, an actress whose previous credits had been largely on the stage. The movies co-director, Ron Clements, remarked: "Because the songs are structures almost as extensions of the dialogue, we felt it was really important to have the same person doing the singing and speaking voice. Jodi had a sweetness and purity to her singing voice and a youthfulness to her speaking voice that was very unique. We felt she best captured the innocent and vulnerable quality we were looking for."
Rewind Archive
For all of the characters, great care had to be taken to compensate skin tones and hair colors in changing environments and light sources, some of which were in the water and some outside it. For Ariel alone the animators used no fewer than 32 color models.
Rewind Archive
The Emmy-winning Pat Carroll, who voiced the sea witch Ursula, is a very experienced actress on both stage and screen. Carroll envisioned the role as "part Shakespearean actress, with all the flair, flamboyance and theatricality and part used-car salesman, with a touch of con artist." She deliberately deepened her own voice, especially for the singing (she's naturally a contralto); in an interview with Lou Cedrone she added:"I'm not really a singer and I would have rather talked-sang the role, but they wanted me to sing it, so I did...The producers sharpened and heightened all of it, particularily the singing."
Rewind Archive
The blue-green of Ariel's fin was a hue specially mixed by the experts in the Disney paint lab: as you might expect, they called this "new" color "Ariel" in the mermaid's honor.
Rewind Archive
David Denby of the New York magazine described Sebastian's voice as a "haughty Jamaican accent whose formal contours and suave modulations caress the words." However, the voice of Sebastian, Samuel E. Wright, says that he derived the accent not from Jamaicans but from a couple of Trinidadian college friends.
Rewind Archive
While we're talking about those who provided the models for characters, many sources have acknowledged that the character of Ursula was based on John Waters regular, Divine. Looking at pictures of him from the 80s and comparing them to screenshots of Ursula, one can see a resemblance.
Rewind Archive
According to Allan Neuwirth's book "Makin' Toons", Pat Carroll wasn't the first choice for the voice of Ursula. Other contenders included Joan Collins ("Dynasty"), the late Nancy Marchand ("The Sopranos"), Roseanne Barr/Arnold/Thomas, Charlotte Rae ("The Facts Of Life") and Broadway singer/actress Elaine Stritch. Stritch came the closest to cinching the part, but due to her problems with Howard Ashman and a problem with alcoholism, she passed on the part.
Thanks to John Edward Kilduff
Jim Carrey auditioned for the role of Prince Eric, but was passed on because nobody knew who he was at the time. Of course, he snagged "Earth Girls Are Easy" at the end of the decade, caught a gig on "In Living Color" and then became box-office dynamite. One can only hope they'll mention the voice casting struggles on the Platinum Series DVD of this movie that comes out in a few years.
Rewind Archive
The two minute storm took 10 special effects artists over a year to finish.

Shucks.. We don't know of any cut scenes from "The Little Mermaid". Can you help? Please add one for others to enjoy. It's quick & easy
Next Section: Alternate Versions

The following versions of The Little Mermaid are apparently real. If you disagree or have additional info, please update us.

Thanks to Loz
In the 1998 re-released version in the UK, the original version of 'Kiss The Girl' (sung by Sebastian) was replaced with a new version of the song, re-recorded by the Australian teen heart throb Peter Andre. The song reached number 9 in the UK charts and features on the DVD version of the movie.

Add another alternate version...
Jump To: Filming Locations
Or use the menu to navigate
1989 Walt Disney Studios
1999-2020 fast-rewind.com
V4_27 Powered by Rewind C21 CMS
Please Share The 8s
Support this spam free and non-commercial site
Copy
Thank you for sharing us!