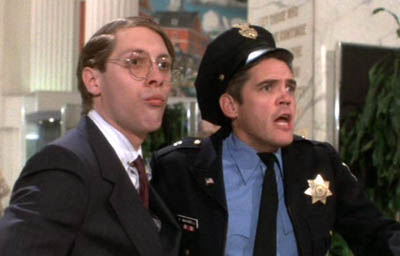 Thanks to JRM
When Jonathan sees Emmy in the department store window for the first time in the rain, he runs up to the window saying, "I wanted to take you home but they wouldn't let me." His voice is out of sync with his lips reflected in the window.

But, nothing bogus that we know yet for "Mannequin".
Next: Some Extra Goodies
Or use the menu to navigate
1987 20th Century Fox
1999-2020 fast-rewind.com
V4_27 Powered by Rewind C21 CMS
Please Share The 8s
Support this spam free and non-commercial site
Copy
Thank you for sharing us!