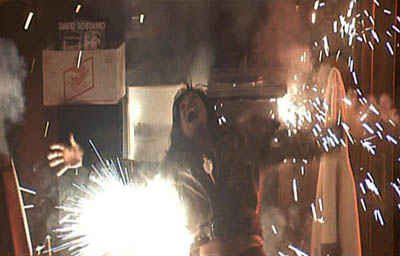 
The following lines from The Lost Boys are apparently the real deal. If you disagree or have additional info, please update us.

Our editors pick the best of the sites worth visiting for The Lost Boys.

Know a great link for "The Lost Boys"? Please pin it for others to enjoy. It's quick & easy
Next: The Media Guide
Or use the menu to select another option
1987 Warner Bros.
1999-2018 fast-rewind.com
V4.0b Powered by Rewind C21 CMS
Please Share The 80s Lve!
Support this spam free and non-commercial site
Copy
Thank you for sharing us!