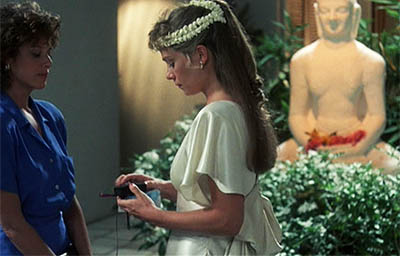 Rewind Archive
Shin rolls up the same sleeve twice to use a syringe.
Rewind Archive
Errors made by characters (possibly deliberate errors by the filmmakers): Investigator in the last fifteen minutes of the movie refers to Jessica Bates as Jessica Barnes.
Editor Nick
The window in Shin's office is clear glass earlier in the movie and obscured like Alex's FBI building in a later scene.

But, nothing bogus that we know yet for "Black Widow".
Next: Some Extra Goodies
Or use the menu to navigate
1987 20th Century Fox
1999-2020 fast-rewind.com
V4_27 Powered by Rewind C21 CMS
Please Share The 8s
Support this spam free and non-commercial site
Copy
Thank you for sharing us!