G
AKA:
1982
“
The Last Unicorn delivers a tender message of love and the power of magic,myths and dreams. 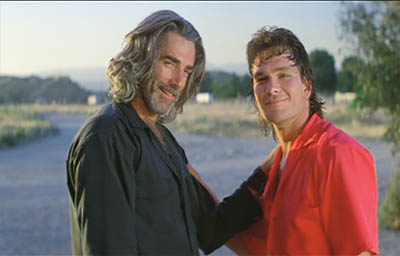 Rewind Archive
Ira Duga designed the opening sequence of The Last Unicorn. She based it on a tapestry that she found in the cloisters. It is a gradual buildup of imagery that is intended to have a woven pattern-type animated style, based on the very popular unicorn tapestries of the time.
Rewind Archive
Don Duga, who was in charge of some of the storyboard sequences in The Last Unicorn, said this, "I based the design of the tree from the Schmendrick scene after buying a home in Long Island. It was an old Georgian colonial house that I bought from an older family. They had an old cherry tree in the backyard that would drop cherries all over. The women of the family would complain during the many parties they would have over the years that the cherries were staining their light-colored summer dresses. The family had their gardener cut the limbs off and the tree became very gnarled. This gnarled tree was the basis of my designs for the tree in the film."
Thanks to Andrea
Christopher Lee also did the German version of his part as he is fluent in German.
Christopher Lee served as a sort of unofficial literary consultant on the film, much as he did with "Lord of the Rings." He brought in his copy of the novel and made several suggestions to what should and shouldn't be left out of the script.

Shucks.. We don't know of any cut scenes from "The Last Unicorn". Can you help? Please add one for others to enjoy. It's quick & easy
Next Section: Alternate Versions

The following versions of The Last Unicorn are apparently real. If you disagree or have additional info, please update us.

Rewind Archive
The current ITC video release has added and extended scenes not seen in the theatrical versian including a more drawn out dialogue where the unicorn is trying to see if the butterfly can identify her; Rook goes into deeper description of the Satyr and the Midgard Serpent; Mia Farrows rendition of "Now That I'm A Woman" is restored. In the original, her lips moved but no words came out. Those are just a few updates the the ITC video release.

Add another alternate version...
Jump To: Filming Locations
Or use the menu to navigate
1982 ITC Entertainment
1999-2020 fast-rewind.com
V4_27 Powered by Rewind C21 CMS
Please Share The 8s
Support this spam free and non-commercial site
Copy
Thank you for sharing us!