Girls Just Want to Have Fun

PG
AKA:
1985
“
Getting into trouble is easy but getting out of it is all the fun! 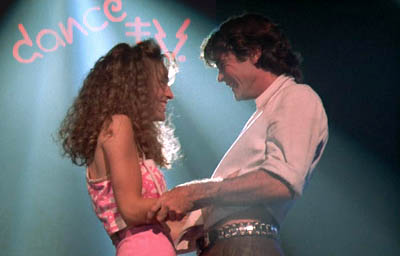 Rewind Archive
This was writer Amy Spies' only movie before writing TV series' in the 90's (including "Beverly Hills, 90210").

More Trivia from Girls Just Want to Have Fun

Janey (SARAH JESSICA PARKER) is new to Chicago and lynn (HELEN HUNT) is her new best friend, a wild teenager who shares a passion for dance with Janey.

When the two of them hear about a dance contest on Dance TV, they head down town to try out. This is despite Janey's father who, as a retired Colonel, is adament that she should not go out in a strange city.

Janey is chosen as a finalist and given a new partner, Jeff, played by Lee Montgomery.

Because of her father's curfew, Janey is forced to sneak out every night to practise with Jeff and, despite them initially disliking each other, romance begins to blossom.

Unfortunately, Jeff's ex partner Natalie, played by Holly Gagnier is not about to let them win. She's the spoilt rich kid of the piece and persuades her wealthy, doting father to interfere, bribe people and fix everything.

Together with Lynn and Jeff's little sister Maggie (played by Shannen Doherty), Janey and the girls prove that girls just really wanna have fun.

A bit like Dirty Dancing but set in Chicago in the 80's. 'Nuff said!

This movie has a great plot filled with great music and dancing.

Jump To: Music & Soundtrack Vibes
Or use the menu to navigate
1985 New World Pictures
1999-2020 fast-rewind.com
V4_27 Powered by Rewind C21 CMS
Please Share The 8s
Support this spam free and non-commercial site
Copy
Thank you for sharing us!