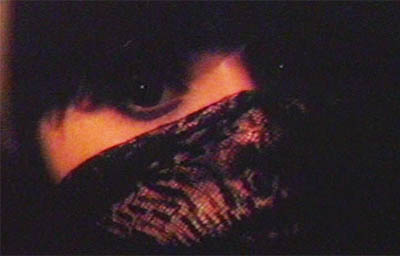 See Keanu Reeves before they were famous!

Rewind Archive
This was Keanu Reeves "mainstream" movie debut --even though that "honor" is often attributed to "Youngblood" (another Canadian Movie).

Keanu was a resident of Toronto, where this film was made, from the first grade 'til sometime in his 20th year.

In true Hollywood style, since his ascent to stardom, all the advertising for this film has used large photos of Keanu Reeves as the star, even though his part is much smaller than Olivia D'Abo's.

Keanu certainly never looked back. After finishing production, he loaded up his 1969 Volvo, went back to L.A. to live with his ex-stepdad and the rest is history...

More Trivia from Dream To Believe

A modern day musical in the stylish tradition of "Flashdance" and "Footloose", with the inspiration of "Rocky"... -That is what one of the hundred different versions of the VHS box covers said about this film.

Those movies it is NOT. Far from it!

That said it is a cute MTV generation "after school special" type film, with all the hair, make-up, clothes, music and dancing of the 80's.

Olivia D'Abo stars as Robin a high school aspiring gymnast who goes to live with her kind, ill, life beat, birth mother, evil drunk step-father and semi evil step-sister, while still recovering from a car accident that killed her father and injured her leg.

Robin is the new student at your typical high school with all the stereotypes. She makes friends with Carly (Jessica Steen) a steroid using gymnast who convinces her and the coach that she should be on the team. Carly later has to drop out of competion because of her pill popping habit. Tommy (Keanu Reeves) has a crush on Robin, but Robin is attracted to the popular boy, of course. Tommy moves on and dates one of the "popular" girls leaving Robin to realize she loves Tommy and has to win him back.

This movie has the nasty stuck up rich kids not liking the lead character much like other films of the 80's. Robin of course joins the gymnastics team and they go to finals...

Jump To: Music & Soundtrack Vibes
Or use the menu to navigate
1986 Brightstar Films
1999-2020 fast-rewind.com
V4_27 Powered by Rewind C21 CMS
Please Share The 8s
Support this spam free and non-commercial site
Copy
Thank you for sharing us!