The Secret of My Success

PG-13
AKA:
1987
“
There's no such thing as an overnight success. Brantley Foster took two weeks. 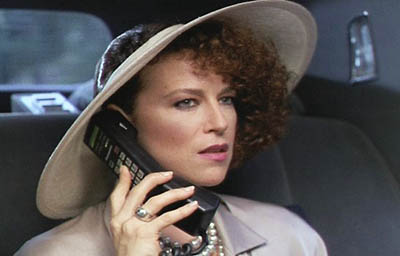 Pretty good for a fun screwball comedy. It even outperformed Dirty Dancing...

More Trivia from The Secret of My Success

This movie was made at the height of Michael J. Fox's success in the mid 80's but wasn't a biography of Michael. Rather it was a kind of corporate fairytale about a young man who moves to New York determined to 'make it' ...and succeeds spectacularly!

This is the kind of film that a cynical critic would dismiss as another rubbish "cliche 80's greed movie --kind of a soft core, comic book "Wall Street"" --but they'd be missing the point.

Directed by Herbert Ross immediately after finishing "Footloose", the movie is just pure fun, along the way poking fun at the corporate America of the 80's (although I'm sure not a lot has changed!) and introducing us to many brilliantly eccentric characters and silly situations.

Like most 80's movies of this kind, this is not a movie that takes itself seriously at all.. and as such, should be viewed as pure, unadulterated entertainment.

Fox plays the central character of 'Brantley Foster' who along the way to his fortune, starts off in the mail room of a large corporation run by his distant "Uncle Howard", played excellently by Richard Jordan.

His world is popluated by colorful types like 'Melrose', who is his coworker in the mailroom and Helen Slater is the 'cold fish' high flying executive who is the target of his affection and ultimately does warm to his charms. Margaret Whitton does an outstanding job of playing "Uncle Howard's" scheming wife "Vera".

If you're looking for a great piece of 80's culture (complete with tons of musical montaging), music and a lot of harmless fun, you could do a lot worse than "The Secret Of My Success"...

Warm entertaining 80's classic that has many fans but leaves the critics cold. Highly recommended.

Cynics will hate it!

Jump To: Music & Soundtrack Vibes
Or use the menu to navigate
1987 Universal Studios
1999-2020 fast-rewind.com
V4_27 Powered by Rewind C21 CMS
Please Share The 8s
Support this spam free and non-commercial site
Copy
Thank you for sharing us!