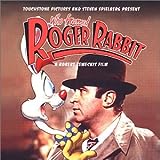 
Why Don't You Do Right?
Amy Irving
Add Missing Song

This soundtrack is cute and is mostly songs from Warner Bros. Cartoons. It has recently been remastered and re-released.

The opening track on the Sting's "...Nothing Like the Sun" album called "The Lazarus Heart" was originally written as the movie's musical finale, at an early stage of the movie's production when the book's tragic ending was still in the script. When the studio ordered its default ending to be used at the film's end, in which Roger is alive at the end of the duel, however, the song was deleted from the script and ended up on Sting's album instead. [Thanks to Steven Kostis]Update Us

Rewind Archive
The song "Smile Darn Ya Smile", which the toons sing when Valiant first arrives in Toontown and also at the end of the picture, is featured in an eponomous 1931 Warner Bros. Merrie Melody.

Jump To: The Juicy Trivia!
Or use the menu to navigate
1988 TouchStone Pictures
1999-2020 fast-rewind.com
V4_27 Powered by Rewind C21 CMS
Please Share The 8s
Support this spam free and non-commercial site
Copy
Thank you for sharing us!