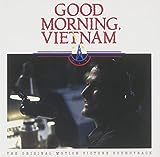 
Nowhere to Run
Martha Reeves & The Vandellas
I Get Around
The Beach Boys
Game of Love
Wayne Fontana & The Mindbenders
Sugar and Spice
The Searchers
Liar, Liar
The Castaways
Warmth of the Sun
The Beach Boys
I Got You (I Feel Good)
James Brown
Baby Please Don't Go
Them
Danger Hearbreak Dead Ahead
The Marvelettes
Five O'Clock World
The Vogues
California Sun
The Rivieras
What a Wonderful World
Louis Armstrong
It's Alright
Adam Faith
Add Missing Song

The original score was composed by Alex North. The soundtrack, available on CD, contains no score tracks but is loaded with 60's classics, definitely worth a listen.Update Us

Thanks to Adam Madinger
One of the songs in the movie, "What a Wonderful World," by Louis Armstrong, was originally recorded in 1967, yet this movie is supposed to have taken place in 1965.

Jump To: The Juicy Trivia!
Or use the menu to navigate
1987 Touchstone Pictures
1999-2020 fast-rewind.com
V4_27 Powered by Rewind C21 CMS
Please Share The 8s
Support this spam free and non-commercial site
Copy
Thank you for sharing us!