R
AKA:
1986
“
Death comes to all except those who deserve it most 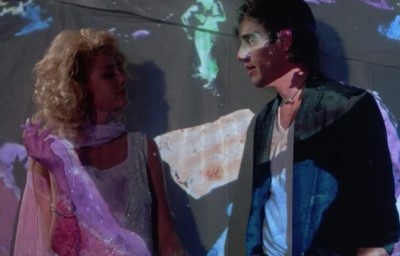 Thanks to Victor Field
Rosanna Arquette married James Newton Howard later that year, not long after he wrote the music for her next movie "Nobody's Fool."
Thanks to politeintruder
Hal Ashby was barred from editing the Film and they took it away from him. Allegedly his Coke habit was at it's peak at the time. Also I heard Bridges and Andy Garcia started to not like each other as they played endlessly long antagonistic scenes together that wore on them both.

Shucks.. We don't know of any cut scenes from "8 Million Ways To Die". Can you help? Please add one for others to enjoy. It's quick & easy
Next Section: Alternate Versions

Aw, man.. We don't know of any alternate versions of "8 Million Ways To Die". If you know better, please add one for others to enjoy. It's quick & easy
Jump To: Filming Locations
Or use the menu to navigate
1986 Producers Sales Organization
1999-2020 fast-rewind.com
V4_27 Powered by Rewind C21 CMS
Please Share The 8s
Support this spam free and non-commercial site
Copy
Thank you for sharing us!