PG-13
AKA:
1983
“
They grew up on the outside of society. They weren't looking for a fight. they were looking to belong 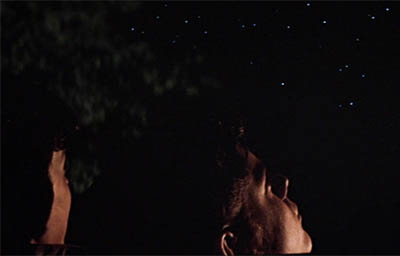 Rewind Archive
Wanna see the real life filming location used for The Drive-In in the movie?

These scenes were actually shot at Admiral Twin Drive-in, located in Tulsa, Oklahoma. Google Map
[Thanks to Aaron Empsall for the featured location info]

The opening scene where Dally meets up with Pony and Jonny was in front of the Bowen Lounge on the Southeast corner of 10th and Denver in downtown Tulsa. That building was demolished just a few years after the movie was made. [Thanks to Tony Nelson]

The scene where Daly was scaring the kids who were playing cards was The Pines Restaurant. It was located at Apache and Pine close to the Apache Drive Inn. [Thanks to Mary Johnson]

Later the 3 of them are walking down the street. Darry looks in a window. That store is a printer/office supply shop - it's been painted red now.

The scene where Twobit checks Ponyboys fever, waiting on the bus is a church in downtown Tulsa. [Thanks to James Ryan] The church by the bus stop was/is Boston Avenue Methodist Church. [Thanks to David Dees]

The scene where pony boy gets the pistol was shot in Owasso, Oklahoma. A short distance outside of Tulsa. The restaurant was I believe a "Tasty Freeze" and was torn down in the late 1990's. Although it does not look like it in the movie, this area was quite built up when the movie was filmed. The stadium in the background is still standing. [Thanks to Daniel Wright]

To add to Daniel's comment, that Tastee Freeze in Owasso was on the corner by the middle school (where I was a 12-year-old student at the time of filming). It was directly east across from Ator Field, which is the football stadium shown in the film. Ator Field was still used as the HS stadium at that time even though the new HS had been built across town. Regarding the U-Tote-M that Dallas robs, I always thought that was the one just south of Ator Field (there was one there... later a Circle-K), but I saw SE Hinton say in an interview that it was actually the one at 12th & Houston in Tulsa. [Thanks to Brad Stephens]

Although we were told that the U Tote Um was located on 12th and Houston in Tulsa, if you see a good pic of the store, look on the left side, you will see a block structure which is still there and used as a weight loss clinic in Owasso. [Thanks to Robert]

Crutchfield park is the scene where the socs tried my Ponyboy and where Johnny killed Bob. Ponyboys house is down the street from the park, the address is 731 N. St. Louis Ave [Thanks to ashli] Also, Jarrett Dunn kindly wrote in to say that 731 N St. Louis Ave. is indeed the correct house for the Outsiders. It was actually just purchased recently by a founder of the hip-hop group House of Pain and he is working to restore it to exactly how it is in the movie. You can read all about it and take a tour inside here

The hospital scenes were filmed at Tulsa Regional Medical Center, Downtown Tulsa. The hospital is still in operation at 744 w 9th. This hospital is now a part of Hillcrest Healthcare Systems and is an Osteopathic Hopital [Thanks to slyohn]

In Tulsa Oklahoma, right off Interstate 44 at 161st Street there used to be a large old two story white house that were used in the filming of the Outsiders. It is no longer there, torn down a few years later and now there is a 'Microtel' built on its exact location. The house stood empty for a while before it was used for filming. [Thanks to bruce]

The 2 story white house near 161st and Admiral that was used in the film The Outsiders stood empty until the mid to late 90s nearly 20 years after the film was made. Not long after it was torn down a Microtel and a Burger King was built. As a kid in the 80s and 90s me and my friends used to go inside the house and look around. [Thanks to Edward]

The Rexall Store (drugstore) in Sperry, north of Tulsa, as well as a couple of railroad scenes, alleyway, and old service station. Some of the scenes were later cut, but I own the drugstore and service station, and have seen stills using these structures. [Thanks to Larry Briggs]

In the scene where the guy is making fun of the other guy's pants, the fast food place in the background was a tasty freeze ice cream shop that is not there anymore in a town called Owasso in Oklahoma [Thanks to Tim Koontz]

The convenience store where Dallas is shot was a U-Totem just south of the football stadium in Owasso. This is the same stadium that was in the shot behind the Tasty-Freeze.

There is a scene of two characters walking down a road with businesses in the background. Part of this was shot on Main Street in Owasso. The "Silver Mine", an arcade at the time, is shown in the background. [Thanks to Angela L.]

The Dairy Queen in the movie was actually a Tastee Freeze and has since been converted into an appliance repair shop. It is located at 3242 N. Peoria in Tulsa, OK. [Thanks to TLB] Editors Note: The lot has changed somewhat in the meantime and the structure of the Dairy Queen with its distinctive roof has now gone. If you go to this excellent page, you can see pictures taken before it was removed and other evidence. Case closed?

Bells amusement park was also used... I was lucky enough to be an extra in this part! [Thanks to Lisa Landers]

I clearly remember there was some filming of the movie the Outsiders in a park on Nadeu ave in Los Angeles CA 90001, I think the name of the park was Roosevelt park can anybody confirm? [Thanks to Bertha Irene Gonzalez] UPDATE: Guy Gutierrez kindly wrote in to say: Roosevelt Park 7600 Graham Ave., Los Angeles, Ca. 90001 was used. If I remember right, there was a storm or other issue that made continued filming at a park in Oklahoma impractical. I recall being told by production staff that there was enough similarity to be able to move the shoot.

The 52 card pickup scene was filmed at the location where warehouse market now sits at the 800 block of n. Sherdian. The building in the background still exists you will notice the back doors are the same. I know this cause my father owned a machine shop there and while filming I interrupted filming by opening the back door to his shop and the crew brought me around to the front so I could watch the filming. His shop was located on 6520 E..King St. [Thanks to Dean Cooper]

Jump To: Bungles & Goofs
Or use the menu to navigate
1983 Warner Brothers
1999-2020 fast-rewind.com
V4_27 Powered by Rewind C21 CMS
Please Share The 8s
Support this spam free and non-commercial site
Copy
Thank you for sharing us!