PG
AKA:
1984
“
They've got everything... Including a ten year old daughter who's suing them for divorce. 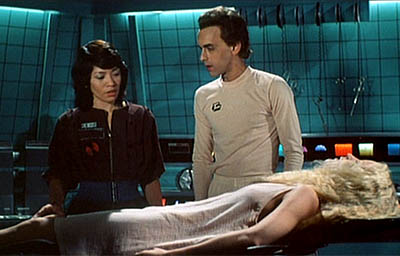 
The old Paramount Ranch in Agoura, CA. (Near Malibu Canyon) was where they filmed the scene attempting to recreate the burning of Atlanta in their musical remake of "Gone With the Wind". [Thanks to Shawn Cohen]

Paramount Ranch in Agoura Hills were NOT used. I have viewed the "burning of Atlanta" sequence from the film. Being exceptionally familiar with Paramount Ranch, I believe the scene was not filmed there. There is no terrain there that matches that seen in the movie. It is possible it was done nearby at what is now Malibu Creek State Park, once a movie ranch for 20th Century Fox. Many people confuse the two locations. [Thanks to Don Bitz]

If you know of a good link for Irreconcilable Differences locations, please let us know.

Jump To: Bungles & Goofs
Or use the menu to navigate
1984 Warner Bros.
1999-2020 fast-rewind.com
V4_27 Powered by Rewind C21 CMS
Please Share The 8s
Support this spam free and non-commercial site
Copy
Thank you for sharing us!