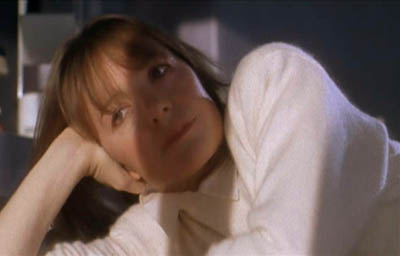 
Filming was done on location in Peru in Vermont (not the country!) and New York City.

The restaurant in the scene between Diane Keaton's character and her boss is in the Biltmore Hotel in Los Angeles, California. (The ultra-moderne restaurant in Black and Grey)

The Vermont "University" library in "Baby Boom" is actually the interior of the Memorial Branch of the Los Angeles Public Library at 4625 W. Olympic Blvd. L.A., CA 90019. The exterior of this library was recently used by Adam Sandler as the Webster Elementery School in "Bedtime Stories" (2008). [Thanks to Frances]

The Escalator scene in the beginning montage of the film, was the largest escalator in the world. Formerly housed under WTC towers in the PATH station. This escalator was destroyed on 9/11/01.

FAO Schwartz is located on Fifth Avenue across from The Plaza Hotel (near the corner of Fifth and Central Park South) -- the big teddy bear can be seen outside. An FAO trademark.

The Train Station where Diane Keaton's character meets her boyfriend after his "Boston Conference" is in Grand Central Station in the Amtrack Area of the station.

"Hapgood's General Store" is still alive and well in Peru, VT. It is next to the Post Office and is pretty empty as far as stock goes. The new owner is very nice though. He gave me these directions to J.C.'s house:

I you are looking at Hapgood's General Store from across the street, look left and you will see a fork in the road. Take the LEFT fork and follow all the way until after it turns into a dirt-like road. After that (about 1/2 mile or a little more) the road will come to a "T". There will be a barn/farm to your left. Take a RIGHT at that "T" and high up on a hill is the house used as J.C.'s house in Baby Boom. It is even still yellow. They have added onto the right side of it but you can still see the (2) dormered windows above the porch. [Thanks to Kenny Hicks]

I tried to find JC's house. I took the left fork and went until I hit the dirt road. About a half mile from that there was a cross road (not a T) and there was a white building on the left- It looked like a barn or a grange. I turned to the right and went down that road. On the left were some houses that were a bit raised from the street, but did not look like JC's and on the right, farm land. Off in the distance on the right over the farmland on a high hill, was a house which was not yellow, but white, and had small dormers across the 2nd floor. There were 2 large windows in front instead of 2 on each side, as though it were remodeled. The road that looked like it was leading up to the house had a mailbox that said Echo Farm. This house really stood out to me because it was really visible and high up. I would like to know if it is the right house. [Thanks to Diane Hurd]

I grew up in Peru and was actually an extra in the film in a couple of scenes. Whoever told you which house was JC's home lied to you. The home is off route 11 toward Londonderry from Peru. Once you leave the village, take the LEFT fork, travel about 1 1/2 miles east on route 11, turn off on a DIRT DRIVEWAY on the left, like two roads past lovers lane....it's the only home on the driveway. It is called _____Haven and there is a rickety old fence flanking the entrance. You go up a 200 yrd (max) driveway and there is the house on the right, with additions made for the film and the barn on the left. Thats it! [Thanks to Amanda Williams Young]

Also used as a restaurant scene, was the old restaurant housed in the now-closed Ambassador Hotel (famed for the Robert Kennedy Assasination and the main hotel used in Tom Hank's That Thing You Do) in Los Angeles, CA. [Thanks to Jacq]

We met the man who played the boyfriend Diane Keaton met when she walked in the dance and he told me that the dance was filmed in the Grange Hall next to the school in Manchester. [Thanks to James Shoop]

If you know of a good link for Baby Boom locations, please let us know.

Jump To: Bungles & Goofs
Or use the menu to navigate
1987 United Artists
1999-2020 fast-rewind.com
V4_27 Powered by Rewind C21 CMS
Please Share The 8s
Support this spam free and non-commercial site
Copy
Thank you for sharing us!