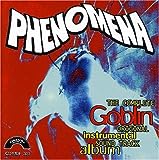 Rewind Archive
Rolling Stone, Bill Wyman, contributed a track for the film accompanied by a promo video. The video consisted of segments that concerned Fiore Argento's (Dario's daughter) death and young girls in general. This seemed to mirror the guitarist's personal life at the time as a certain controversy surrounded his relationship with the under-aged Mandy Smith.

Jump To: The Juicy Trivia!
Or use the menu to select another option
1985 New Line Cinema
1999-2018 fast-rewind.com
V4.0b Powered by Rewind C21 CMS
Please Share The 80s Lve!
Support this spam free and non-commercial site
Copy
Thank you for sharing us!